2018 is a hot year for hardware. It’s not just Apple trying to get products into every household anymore–web giants including Amazon, Google, Baidu, and others, have put out personal computing devices into our hands so that we can spend more time engaging with their ecosystems. In the past year and a half at Indiegogo, I’ve seen companies building at the cusp of this industry change. I’ve helped over 200 hardware startups strategize their go-to-market and raise over $30 million dollars through crowdfunding campaigns.

There are a lot of pioneering industries out there, with the tokenization of business utilities being one of the hottest by measure of financial value created. Yet, I believe that blockchain is not necessary the solution that helps consumers to different services and platforms out there. Payments currency, for instance, theoretically benefits from blockchain implementation, but consumer adoption and day-to-day acts of transacting in the real world is another story.

When we thought about IoT three years ago, it seemed we were better off without the “Internet”, because this involved a lot of work building your own “community” or “app” to provide robust user experiences. An example is Tile, a tracking device company that needed to garnered millions of users in a user’s network to crowdsource finding lost items. For consumers, it meant installing separate apps and clicking 3-steps into tucked away menus to control different light bulbs in the house. This was the seemingly hard-to-scale and hard-to-adopt IoT vision of the past.

Today’s computing devices are taking the form of consumer hardware around us, which opens up new opportunities for companies to build out these passive computing systems. We’re already slowing seeping into a world of passive computing, through smart speakers, voice A.I assistants, and smartphones in the palm of our hands. Previously, we were only able to tap into the utilities of the Internet while we were actively browsing a computer. Now, we are connected to the Internet through devices everywhere around us, and it allows us to tap into an infinite amount of resources that expand what is possible in our time not interacting with a computer of the traditional sense. This can be as simple as video doorbells that allows you to check for packages while you’re away on vacation, to a smart speakers that you can command to buy toilet paper while you’re cooking in the kitchen. In the past few years, we were sharing with consumer a vision of what is possible through passive computing, such as using a Fitbit wearable wristband to measure real-time performance data and receive notifications. Hence, declarative statements such as “IoT is dead” or “Wearables is dead” misrepresents what wearables can promise to consumers. In fact, it is estimated that over 115 million units* of wearables were distributed worldwide in 2017, making it one of the most lucrative categories out there.

Speaking of which, we’ve heard since the CES Las Vegas show this year that “Consumer hardware is dead.” However, I believe that there has been no better time since the inception of the personal computer for companies to take advantage of the ecosystems that are shaping up relative to our daily habits. Everything from wider-ranging cellular networks, to faster Internet speeds, to accessible developer platforms, have converged in this year to truly open up more consumer-facing opportunities, These include searching for things on the web, capturing moments around us with cameras, safely entering and leaving our homes, and even driving our cars. The web giants who were able to drive behavioral adoption for miniscule tasks in our lives, such as Google calendaring, setting iPhone alarms, curating our exact tastes in music through Spotify playlists, and so forth, have created infinite possibilities for companies to come in and create workflows for us. As a company building a music streaming app such as Spotify, or one that is building a hi-fidelity speaker, there is an entry point into this ecosystem to drive adoption like never before. It’s no wonder that companies with million-plus users are figuring out how to extend their applications to other areas in their customer’s live beyond their time spent actively browsing the web. This year, we’ll see Samsung, Microsoft, Facebook, Snapchat, and more, decide how to extend our time spent engaging with their services, by offering spurts of value in different areas in our lives.

You’ve likely already read and understood the mainstream predictions for hardware this year, namely surrounding industries such as augmented reality, virtual reality, robotics, artificial intelligence, and more. In addition to those, I’d like to share my own predictions:

Until now, lithium-ion batteries have powered everything around us, from our MacBook Pros to our Anker portable power banks, and I don’t see this changing quite yet. Alternative power sources are in development, but we’re not yet close to a consumer-level power substitute that is as efficient, safe, and powerful. However, we’re on the horizon of monumental gains in the size-to-capacity ratio, battery management systems, and power output speeds. The form factor is prime for experimentation and change, as consumers are tired of breaking, changing, and getting entangled by charging cables. Wearable electronics will be overhauled with the possibility using flexible and extra thin batteries, which was not available in the past. 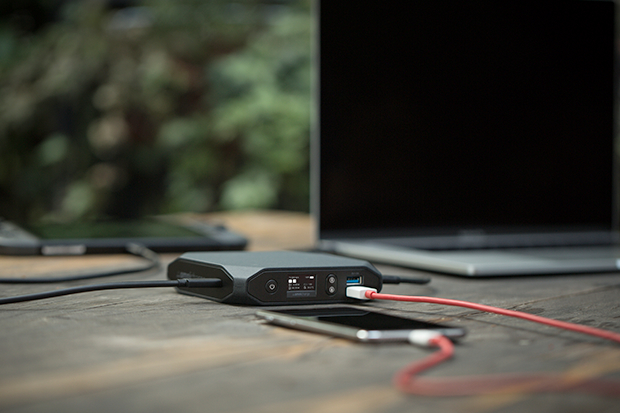 Large screen cinema can be brought to micro-LED TV displays, or enlarged in crisp 4K through smart projectors that allow us to access Hulu, Netflix, YouTube and more. In fact, we’re even seeing growing interest in pocket-sized cinema headsets, which allows you to view videos entirely in private, anywhere you are. High-fidelity, surround sound that fills a room can be packed into a small speaker that operates wirelessly. We’re not limited to streaming movies through our mini-screen computers anymore, and I’m excited to see projections and holograms take a greater role in replaying life-like content.

3. Bridging the old with the new in automobiles and last mile vehicles.

Even with the promise of autonomously driving vehicles that can support hands-free driving in the foreseeable future, people are still glued to their 5-to-10-year-old cars. In addition, cars aren’t the only way to get to work anymore. Powerful electric skateboards with four-wheel drive can propel us up San Francisco hills, and city-shared commuter bikes can be rented without worry of parking security. Daily commuters in urban cities are seeking new solutions, whether it be hoverboards, electric bikes, or smart car devices that can help track, upkeep, and improve our automobiles. 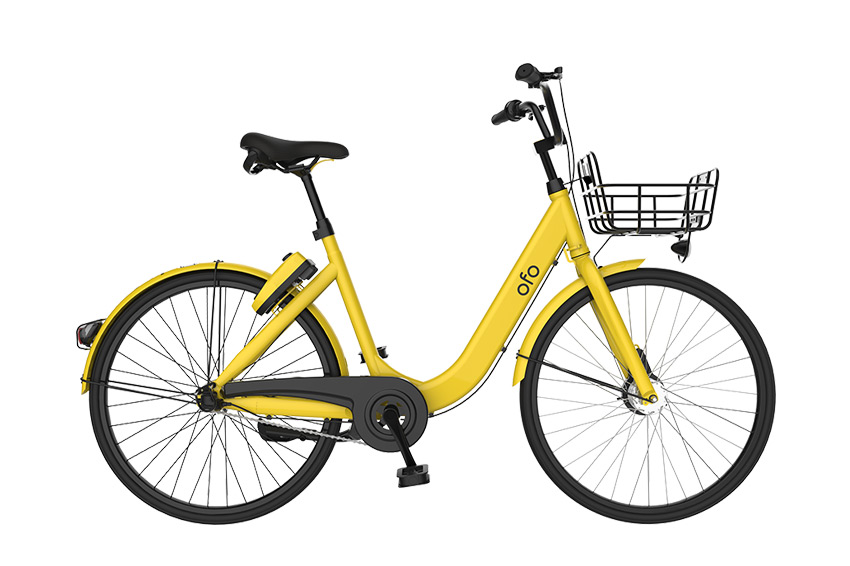 Pictured: Ofo is a bike-sharing service that allows daily commuters to borrow bikes for short distances using an app. Users aren’t required to return the bikes to specific parking locations.

Large companies like Amazon and Google continue to build their platforms that allow new companies across software and hardware to introduce new experiences to customers. For example, Muse is a Bluetooth device that affixes to your car vent, so you can transform your car into a voice activated assistant. Without Alexa, this product would require much more user education and time spent on developing in-house artificial intelligence technologies. These ecosystems present a new, viable exit opportunity for companies based in hardware, as these new utilities will be valued greatly by the ecosystem owners. Whether it’s Amazon Alexa, Google Home, Baidu DuerOS, Samsung Bixby, or Microsoft Cortana, these are just some of ecosystems that can help you access new customers in different settings. 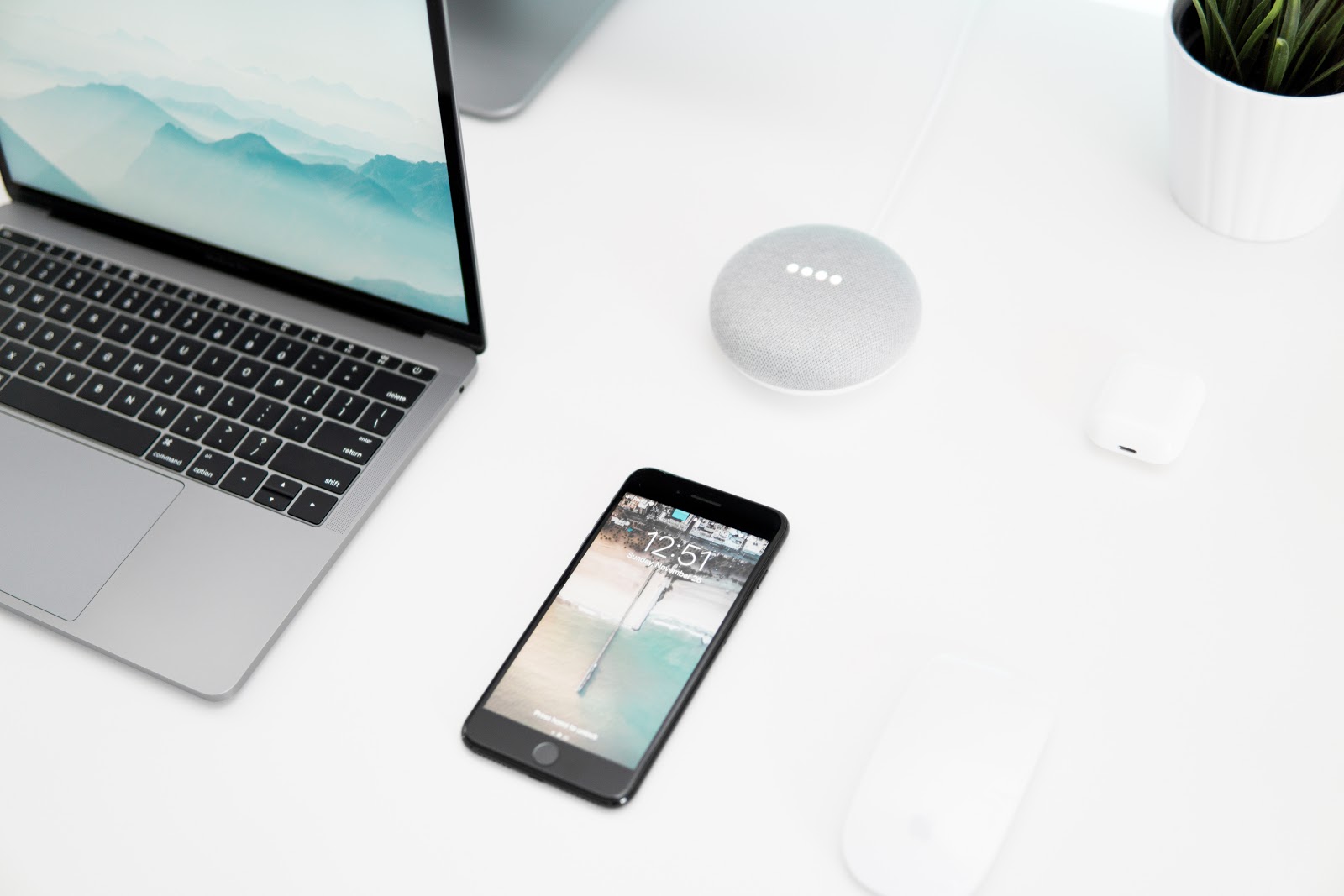 5. Cameras and video capturing devices that can powerfully compute for specific content needs.

Through content creation platforms such as YouTube, Snapchat, and Instagram, we’ll be live streaming, video blogging, and spontaneous capturing moments of our lives when we’re not actively filming through our smartphones. While smartphone cameras are becoming more powerful than our standalone point-and-shoot cameras, these will still primarily serve mass consumer use cases. Specific content creation tasks require different types of devices, such as high point-of-view landscape photography by drones, Facebook Live streaming by 360-degree cameras, action sports by rugged, high-frame rate camcorders, and more. Improved sensors and digital processing allow us to enter a new world of videography and photography, helping us to bypass limitations on lighting, action scenes, environment, and more.

Google needs a team to help build their consumer hardware platform. Snapchat is inexperienced in manufacturing and needs to offer a sub-$100 product to their majority younger users. The world’s electronics manufacturing centers, knowledge, and talent still lie in cities like Shenzhen and Taipei. There’s no skirting past this lack of expertise here in the United States, so we’re going to see more cross-border teams who can complement each other in areas such as manufacturing, product development, logistics, and design, to name a few.

The appearance of stagnant investment portfolios for consumer hardware companies in 2017 does not alarm me yet. In the early stages of building an industry, there will always be winners and losers. A decline in the number of consumer hardware companies is not a bad thing. If anything, the past two years have helped the industry weed out the companies who were not ready to deliver a hardware product, a task that comes with its own manufacturing, design, and marketing challenges. I’m excited to see 2018 become a springboard for new solutions delivered to us through the form of consumer hardware.